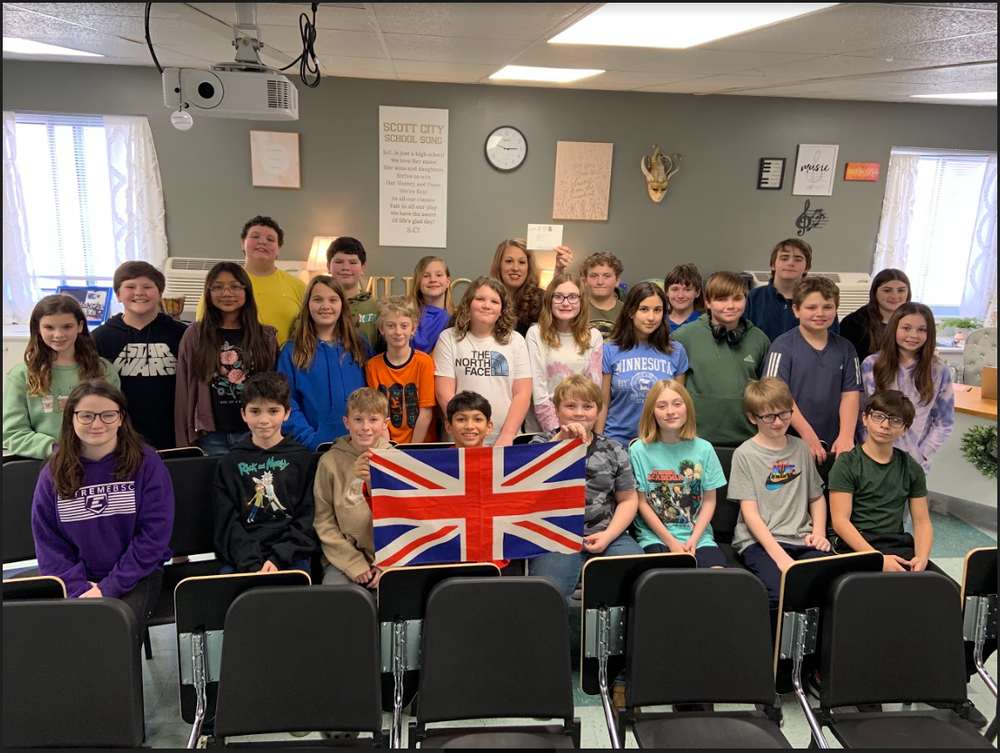 During the first quarter of this school year, the 5th and 6th grade classes in Mrs. Helle's music class were studying about the history of the writing of the National Anthem.  The study took them into the war that our country was fighting during this time which was the War of 1812.  During this war, the United States had been embattled with Great Britain for 2 years when Francis Scott Key wrote the National Anthem.  Students were able to study the lyrics,and see why Key was so inspired to write a clear description of what he witnessed at Fort McHenry (Baltimore, Maryland).

During the study and through a connection with a friend of Mrs. Helle's parents, Mrs. Chris Owen (who was formerly of Cape Girardeau but now resides in England), brought back newspapers and magazines for the students to see regarding the Queen's passing. The students wrote letters thanking her for the historical and  insightful readings regarding the Queen's reign.  Mrs. Helle delivered the thank you letters to Mrs. Chris (while she was briefly in Cape in November).  It was at this time she offered that if the students would be interested in writing letters to the King, she would take them back to England to mail them to him, as she was leaving to go back the following week.  The middle school students wrote heartfelt letters of condolences to the King regarding the passing of the Queen and made cards for him.

Then on January 5th, 2023 students were thrilled to receive a card back from Buckingham Palace, from King Charles himself, with a beautiful picture of him as a young boy with his mother.

This to say the least has been a once in a lifetime chance and definitely has made history and music truly an exciting adventure from the Royal Palace to Mrs. Helle's music room.